The Mandela Effect ??? Another Possibility to the Phenomenon?

The Mandela Effect – Another Possibility to the Phenomenon? Nowadays, everyone seems to be talking about or interested in the phenomenon known as the Mandela Effect - perhaps this is because we have all we have all witnessed or experienced situations corresponds? No matter the reason for one's point of interest, the subject matter is relevant and as the veil become thinner - this subject matter and then some, will remain a major point of focus!

What is the Mandela Effect?... It is an event or occurrence that happens when a person or collective group of people has a clear memory of something that seemingly never happened in this reality. The term was coined in 2010, by a blogger named Fiona Broome, who had described an experience at a convention called Dragon Con. Fiona had discovered that others had a false memory similar to hers, which was that Nelson Mandela had died during his imprisonment in the 1980s. She made a connection with a collective memory of Mandela actually passing away in prison in the eighties yet somehow be released from prison to go on become President of South Africa! Myself and others that I know have clear memories of the media reporting that Mandela had passed away in prison. This memory is etched in my mind because I had a few passionate Afro-centric teachers and elders in my life at the time, who had expressed great grief and sadness of the news. However, we all know that a different reality has played out but why and how?

SPONTANEOUSLY SHIFTING IN AND OUT OF TIMELINES

I would like to share a personal account to which I feel is a major factor of influence in this regard. Imagine an actual play-by-play of events that a few people have a clear experience of occurring, only to have it actually play out with mass consciousness, months or even years before after the fact? Sounds confusing? Allow me to explain... In the early months of 2011 - I was on the telephone engaging in some pretty in-depth conversations regarding the metaphysical with a longtime friend. Somewhere during that call, my friend asked me if I had heard the news that Don Cornelius, TV host and founder of Soul Train, had committed suicide by way of a gunshot wound to the head? I told him that I had not heard anything on the matter but he proceeded to speak in more details of his disbelief of the news. I recall him stating that he was listening to the local news from the living room television, as he was in the kitchen preparing something to eat. After our conversation ended, I logged online to find any news article, video or feed that would give the details on the claim but to no avail. When I found nothing to validate what my friend said that he heard, I simply put it off and didn’t think anything else about it.

February 1st 2012 - the official news broke that Don Cornelius had committed suicide, by way of a gunshot wound to the head! Everyone was talking about it and the news of the tragedy was everywhere! It was at this point that my distressed friend called me to ask, if I recall him speaking of this occurring almost a year prior to? Needless to say that he was very confused and couldn't figure out how could he had possibly been wide awake, hearing of this news from the television almost a year before it had happened? All I could tell him at the time is that he is not loosing his mind - that this is clearly related to the paradigm shift. Upon doing research for this article - I tried to find any story or testimony, similar to what we had experienced, in relation to the death of Don Cornelius. I didn't find anything but that does not mean that others haven't experienced something likened to. For now, this experience appears to be unique to my friend and I but in these unprecedented times, we should all pay attention to what is unfolding around us. I have a strong feeling that some among us are shifting in and out of alternate timelines and perhaps, this may well be a symptom of spontaneous time travel. 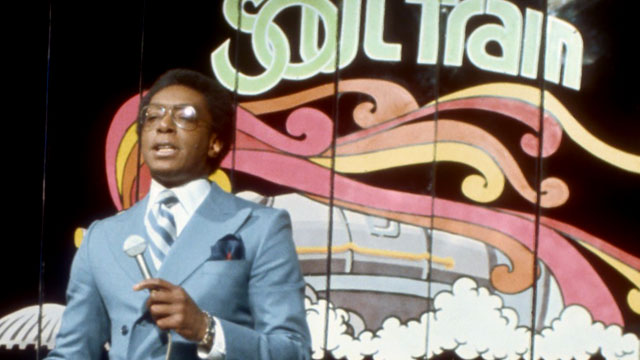 In most instances, the Mandela effect is overwhelmingly recognized by a collective group whereby subtle alterations in every facet of society (mostly media and history) is different from what a collective group of people may remember. The alternative memories can be found in everything from DVDs, history books, newspaper archives, and so on. The lingering question of the day is how is this all possible? Some people attribute it to the cosmic paradigm shift and as a result, several alternate memories and parallel realities colliding with one another and we are seamlessly moving back and forth between the fabric of time and space. Others are saying that this could be the result of manipulation of timelines by savvy inter-dimensional forces with highly advanced technology to thwart global cataclysmic events. Some believe that this is the by product of CERN. Last but certainly not least, many believe that this could be the result of people time traveling and altering subtle things in order to shift an spiritual and ecological equation. I personally feel that all of the aforementioned matters and then some are indeed contributing factors. As I have been stating for years, reality is not as solid and fixed as we perceive it to be – and I have more than enough experience to know this for a fact. Modern scientists are cosigning the fact that we are in a virtual computerized universe and this in itself has staggering implications! The great awakening in conjunction to energetic expansion has to be considered as well. Make no mistakes about it, we're experiencing events that is surely speeding up our collective understanding and evolution as a species at an unprecedented pace! It is such a magical and magnificent time to be alive on earth at this time! So, please keep your eyes opened and your intentions clear and in the words of Obi-Wan Kenobi, to Anakin Skywalker, from the Epic film series Star Wars -- “may the force BE with you!”